A very amazing photo that was captured by an Austrian photograph about a one-in-a-million hapless fish that was swallowed whole by a jelly fish was trying to escape from it.

Tim Samuel, an Australian photographer told CNN that he was snorkeling out with a friend Franny Plumridge, who was a videographer, to photograph turtles in the open sea and came across this unusual sight in the Pass Beach in Byron Bay, Australia. 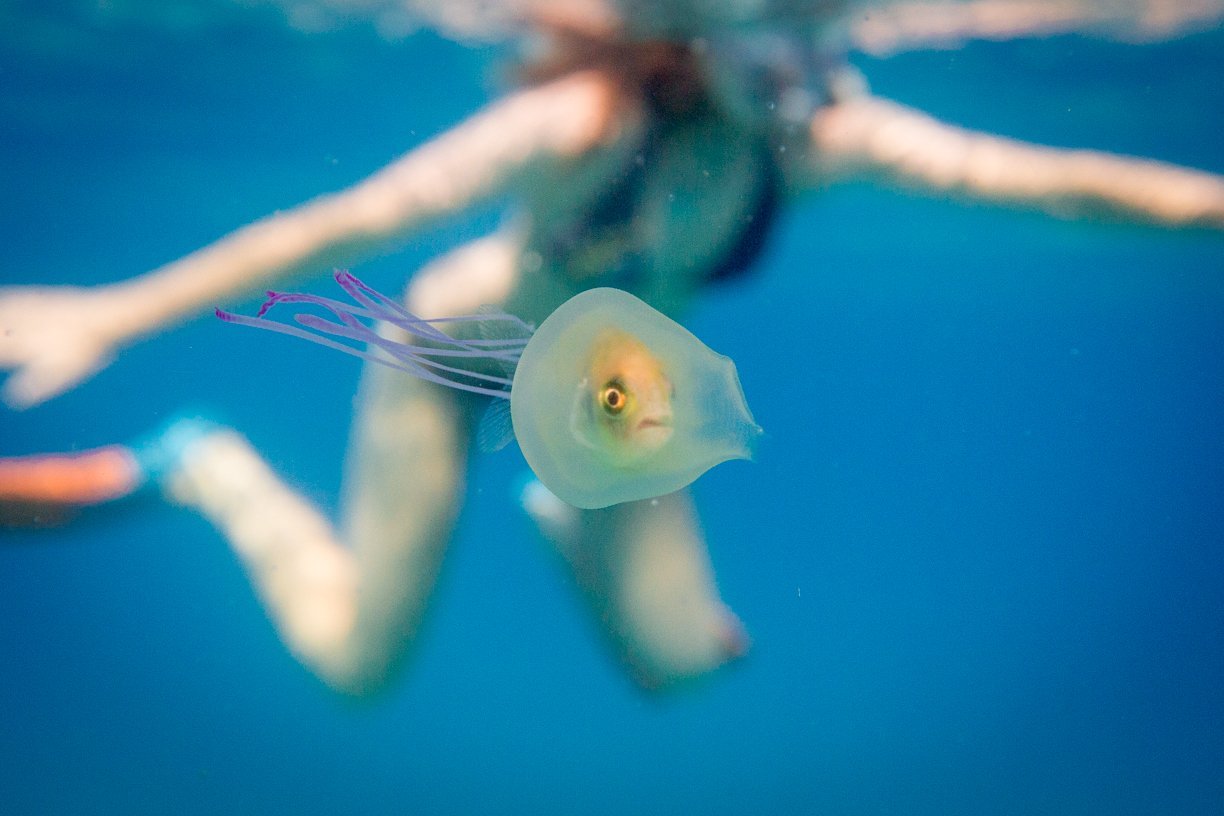 According to Tim, he followed it for about 20-30 minutes and was able to take a few photos despite the difficulties of focusing on such a small subject. He then published the photos on his website and Instagram account.

It was really a rared scene and according to Tim, the little fish was struggling a bit trying to escape from the jelly stomach. Tim said, “It was a tough decision, I definitely thought about setting it free, but in the end decided to just let nature run its course.”